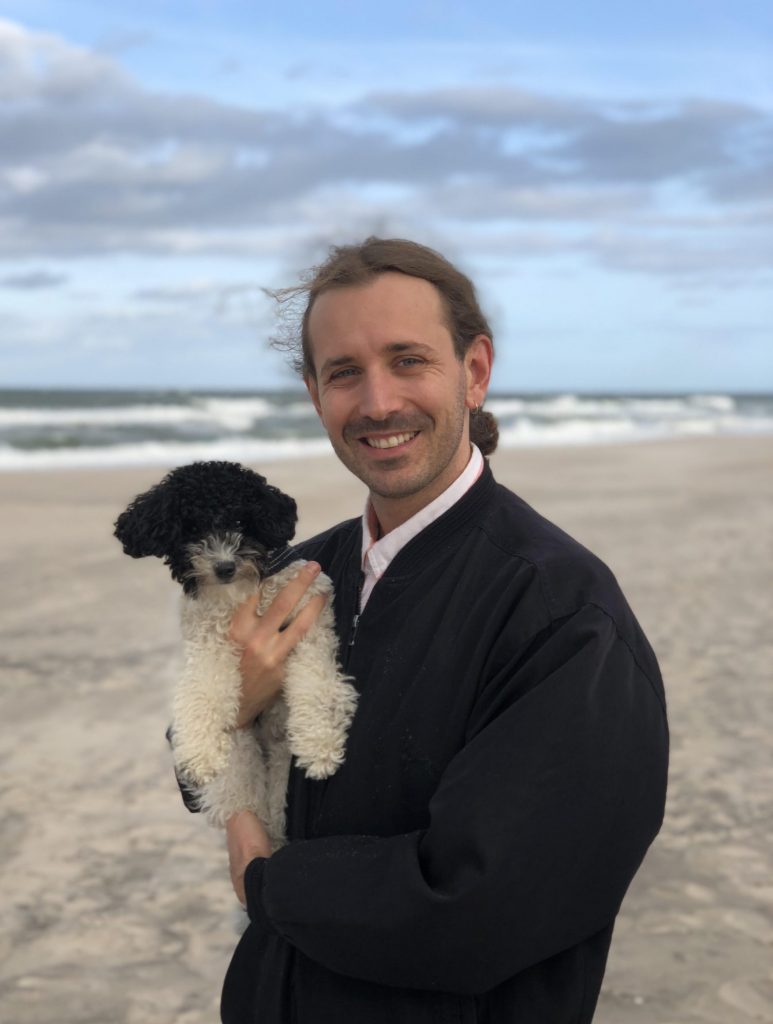 After an intensive 6 year full time training, Chris obtained a Bachelor of Dance Performance and a Advanced Diploma in Acting from ACArts, graduating in 2009. He has devised and performed work in various mediums with his film work having been presented in numerous festivals throughout Australia, Europe, Asia and America. Chris makes accessible, topical, image based work using collision and fusion processes of performance and presentation. He is a rule-breaker who rejects the boundaries of traditional art forms, ensuring his audiences have memorable, personal and unique experiences.

As a performer and collaborator, Chris has been working internationally as a freelancer in diverse artistic mediums. This has brought him to work in Australia, Germany, Netherlands, Israel, Thailand, UK, France, Brazil, Morocco, Russia, Portugal, Austria, Bulgaria, Serbia, Croatia, Switzerland, Greece, Japan and Italy. Although Chris has worked with a variety of independent artists across the Berlin dance scene (including Dragana Bulut, Laurie Young and Johanna Lemke), he worked intensely with the dance theatre company Total Brutal/ Nir de Volff for 7 years as a company member. He was a guest artist at Schaubühne am Lehniner Platz between 2014-2017 and is currently a guest artist at Schauspielhaus Hamburg in the production of Lazarus by David Bowie and Enda Walsh (directed by Falk Richter). Since 2012, Chris works closely with visual artist Tino Sehgal as a performer and manager.

Chris’s career highlights include an Australian Dance Award for Best Dance on Film (2009) for ‘If the Shoe Fits’, his Dance Theater solo show ‘Pickled’ (2010-2012) which was awarded the 2010 Adelaide Fringe Judges Commendation for Best Dance and nominated for the inSPACE Development Award, ‘This Variation’ at dOCUMENTA (13) by Tino Sehgal (2012-present) and ‘Never Forever’ by Falk Richter/ TOTAL BRUTAL (2014-2017) at Schaubühne am Lehniner Platz.

Chris continues to work as an independent artist and art maker throughout Europe and Australia.